Be Adaptable and Welcome Change 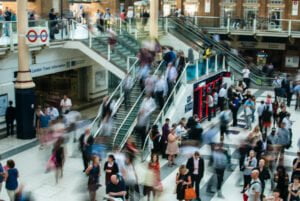 Five years ago, my family’s first thought when they needed something from the shops, was not to surf the internet. They would have planned a trip to a town centre or shopping complex and dressed specially for the occasion. It would have been more a day out than a necessary trip. Today they shop from the sofa, pinned to their mobile devices, flicking and selecting with the brush of a finger. So what’s changed and why has it happened so quickly?

Recently, a feature on Radio 4 examined the loss of jobs in retail. It was made clear that much of what is happening on the high street is due to the Covid-19 pandemic but what transpired as the debate developed, was that retail had underestimated the speed of change in shopping habits. One of the major retail outlets said that they had had a ten year plan to respond to the change from high street shopping to internet based shopping but, because of Covid-19, this had happened in twelve months.

I hear a lot that big ships take a long time to turn but surely, in the modern age, with radar and satellite technology they can see problems early, leaving plenty of time to respond. All the big tech companies responded long before Covid-19 and although they are driving this change, it’s not been hidden. Using Apple as an example, they’ve effectively maintained both a strong presence on the internet and the high street.

Changing our mindset to becoming more adaptable and recognising that change is constantly inevitable is critical to our grass roots survival. In response to the IT revolution, Jobs will disappear and new ones will be created. If we want to survive and stay in the game, we’ll need to be ready, in-tune and informed. Maybe the large ships will have to be smaller and carry less. Nikon and John Lewis are both restructuring for the future.

Don’t sit back hoping that everything will be ok. Take action, start asking questions, learn new skills. If you’re a business owner, look at your website, marketing and sales and ask yourself, are we ready for the future. Can we compete effectively in this IT controlled marketplace?

The future isn’t a foreign country, we already live there.